In my last post, I said that starting Eden Design took a leap of faith. What I didn’t mention, is how absolutely terrifying that was.

If you were to ask my teenage son to describe me, I am quite certain that he would say that I’m overprotective and in most situations go directly to the worst-case-scenario. Unfortunately, I can’t disagree with that assessment. Even though one part of me wants to be adventurous and fearless, my brain would rather spew as many “what-ifs…” that it can before I have to force it to stop. It’s funny to me how we are able to continuously hold within us conflicting perspectives — one says “Stay here, it’s cozy and safe” and the other says “Leap!”

Having to navigate these two feuding parts of me is an ongoing battle that has resulted in great successes and good tries, but rarely a complete failure, or as I often fear – certain death. I’m only half-kidding on that last one. I want to expand beyond my comfort-zone but sometimes it is SO hard.

COMFORT ZONE: a place or situation where one feels safe or at ease and without stress.

Why would we ever want to leave our safe place or intentionally cause ourselves stress? Expanding out of your zone and “challenging yourself pushes you to dip into and utilize your personal store of untapped knowledge and resources. You have no idea what you’re made of unless and until you venture outside of your own familiar world.” (Psychology Today)

And, according to some actual scientific results on Lifehacker.com, “taking risks can help you respond better to stress and be more creative.” 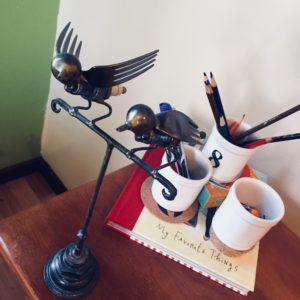 My sculptor friend Scott Cawood gave me this when I started Eden Design. It says “You can stay on this limb for the rest of your life, or you can spread your wings and fly!”

Life Begins at the End of Your Comfort Zone

The base of Humphreys Peak, Flagstaff, AZ

The key, I believe, is to recognize your fear, greet it, explore worst case scenarios, pretend that you have some control over the outcome, and then take the leap.

Here are a few things that I’ve done to expand my comfort zone: 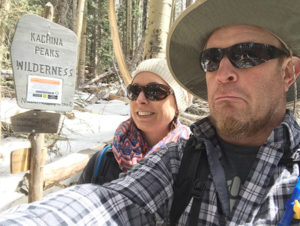 The hike to Humphreys Peak. What you can’t read is this warning that basically says you’re most likely going to die so be ready to try to rescue yourself.

It turns out that one of my biggest fears (heights) is still in full swing and I’m not sure I’m going to overcome it anytime soon. My fearless husband, Patrick, was mostly patient with me when as we’d just get to the “good part” of the hike I would basically breakdown with vertigo and the overwhelming feeling of falling through the earth. This also meant that I could barely look at the Grand Canyon and could only view the cliff dwellings of Walnut Canyon from very far away. Even three year olds were walking down that canyon! Obviously, this is something I need to work on.

And, writing these posts is DEFINITELY out of my comfort zone. But with each one it gets a little bit easier.

Want to get out of your comfort zone and try something new? I’m so inspired by these friends and family:

Spring is the perfect time to set a new challenge for yourself — have something in mind? Let me know about it so I can cheer you on! 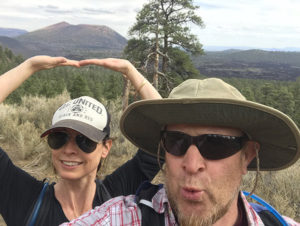 The start of our hike up O’Leary’s Peak that gave us this cool view of Sunset Crater. 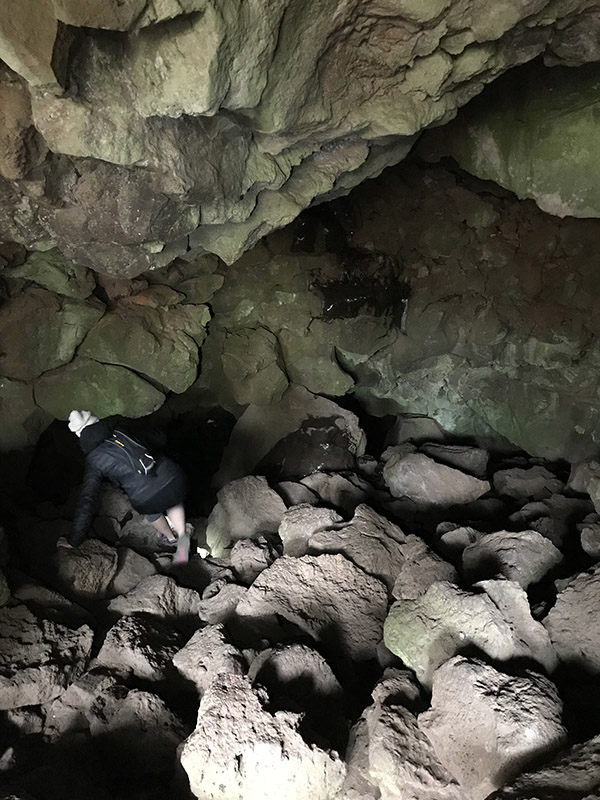 I may not be great at heights but going underground doesn’t seem to bother me. Here we are on the descent into the Lava Tubes.

In the end, we only regret the chances we didn’t take. 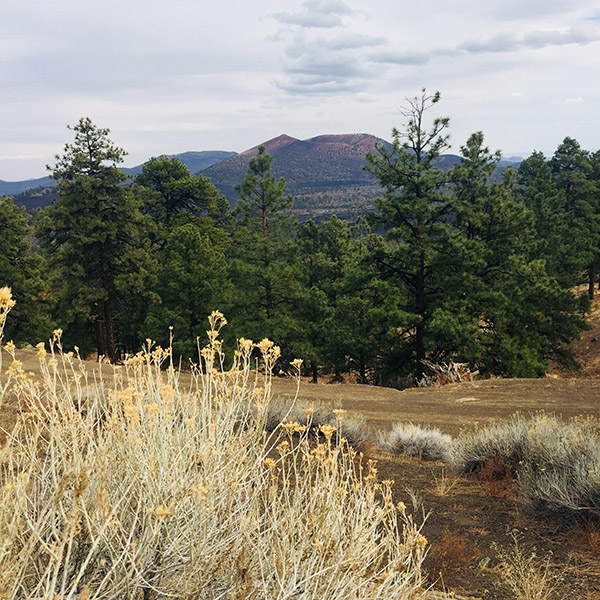 The money shot that made the hike worth it. That mountain in the distance is Sunset Crater and you can see partly into the crater.

An Uncorked Conversation
Scroll to top